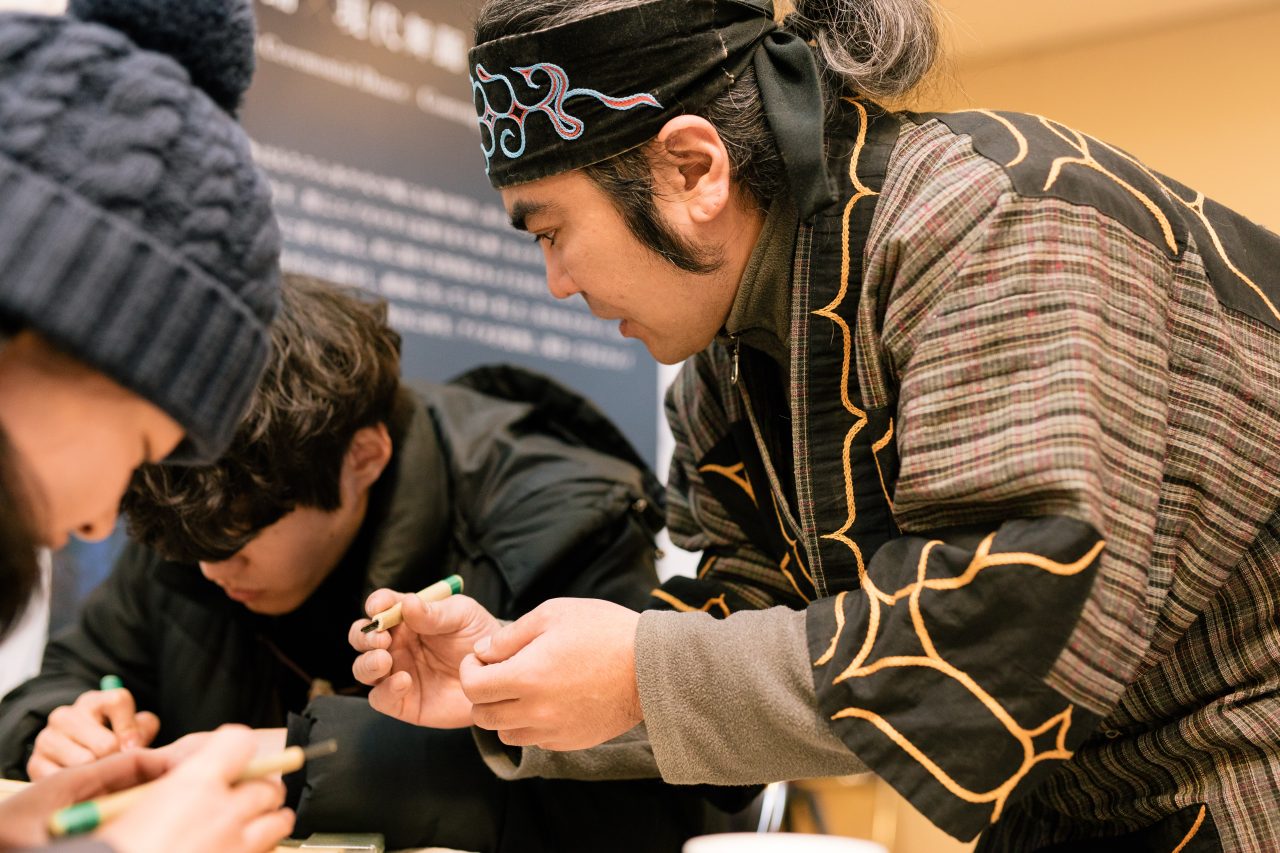 Create your very own wood carving with an Ainu pattern

Located in the Akanko Onsen area, the Lake Akan Ainu Kotan is a village of Ainu arts and crafts. It features several shops and food establishments standing side by side. Visit one of the handicraft shops and you will find a wide variety of wood crafts, including accessories, cutlery, and ornaments. What makes these wooden accessories and cutlery unique are the patterns carved on them. These are traditional Ainu patterns that have been passed down through generations.

In “Craft Time (Wood Carving)”, you will make a wooden charm in the shape of a “tonkori”, a traditional Ainu musical instrument. You will get to carve out an Ainu pattern into the wood.

The tour program begins with a lecture on how to use the chisel and the technique for carving. You will also get to learn about Ainu spirituality. To the Ainu, they do not simply “carve the wood”, but rather “receive the privilege of carving the wood”. This is to show reverence to the spirit of the trees, known in the Ainu language as “sir-kor-kamuy” meaning “the god who holds the earth”. They believe that the trees protect the ground, enabling smaller plants and animals to live. You will see how such words in the Ainu language reflect their spiritual culture.

The tonkori, a traditional musical instrument

In this tour program, you will create a lucky charm in the shape of a tonkori, a traditional string instrument of the Ainu. Originally an instrument of the Sakhalin Ainu, it is also commonly used by the Lake Akan Ainu in performances onboard sightseeing boats and in the Iomante Fire Festival performance in the Lake Akan Ainu Theater Ikor. You should go and watch these performances if you want to hear the real sound of a tonkori.

In Ainu society, wood carving was the domain of men. They carved intricate patterns onto various items such as bowls and knives called “makiri”. One of the most important wood items of the Ainu is the “ikupasuy”, a ceremonial stick carved with beautifully elaborate designs. It is used by Ainu men when they make prayers and offerings to spirits in rituals called “kamuy-nomi”.

After carving the wooden charm, you can choose to attach beads and a leather cord to make a pendant, or a ring and chain to make a keychain. Take it home as a memento of your time with the Ainu in Lake Akan.